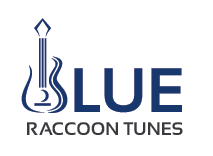 An efficiently moving right hand is the key to producing relaxed yet grooving lines and chords on guitar. While the left hand, of course, plays its own indispensible role in producing notes, the right hand demands far more careful attention and diligent training than its partner. Though, in certain cases, I’d dissuade a player from a complete reinvention of his right-hand technique, I’d dissuade him far more strongly from ignoring it altogether.

Before beginning to develop a right-hand technique that will support your playing, you must first understand more fully the motion that you already employ. The list below presents the most common motions employed by modern pick-style players (Finger-style technique, given its engagement of the more minute muscles of individual fingers, will be addressed in my final essay of this series on guitar technique).

The terms and principles of the following essays are those of Tuck Andress, whose own works on the topic seem to me seminal and empirically derived (see Pick and Fingerstyle Technique, Tuck Andress [1999]).  I offer here no addition to his hard-earned understanding of right-hand technique, only reflections on my own experience of radically altering a deficient and long-neglected right hand.

Translation of the right hand for picking offers the advantage of even tone since both up- and down-strokes will move in the same plane as the strings as opposed to the arc of a rotational motion (see Rotation below).

This advantage of evenness is equally a disadvantage in that creating dynamic range with translation is difficult given the movement’s weakness relative to the power of rotation and oscillation. Furthermore, a translating wrist will grow tense and necessarily involve erratic elbow motion at speeds around 10-13 notes per second.

Having said this, many players seem superhumanly to have trained translation to be a formidable motion for single lines. Check out videos of John Mclaughlin, Mike Stern, and Barney Kessel, each of whom translate single lines but employ rotation for dynamic variation and chord playing.

When the right hand rotates, the pick crosses the nearly flat plane of the strings in an arc. While this torqueing motion offers more dynamic range than that of a translating wrist, it lacks the evenness of the latter. Like translation, rotation offers tension at around 10-13 strokes per second.

The raised wrist rotation provides more power than the flat wrist and offers the advantage of a more exaggerated motion. (The general benefit of an exaggerated motion will be treated in the more specific treatments of these motions in the following essays).

Flat-wrist rotation is employed by many straight-ahead jazz players, including Tal Farlow and George Barnes.

Raised-wrist rotation belongs to gypsy jazz and is thus best observed in the motion of Django Reinhardt. Bireli Lagrene, Angelo Debarre, Stochelo Rosenberg and nearly all contemporary gypsy players employ like motion. Check out the many videos of these players on Youtube.

Oscillation seems to be by far the most effective wrist motion for a pick-style guitarist. Once a player attains the strength necessary to execute the motion, there is virtually no tension in the hand and arm, even at speeds up to 20 notes per second. Furthermore, the pick moves in the same plane as the string and thus offers evenness of tone, while the motion itself is exaggerated enough to offer great dynamic range.

George Benson’s right hand is the paradigm of this style. Check the many videos on Youtube to observe his motion.

The drawback of oscillation is the difficulty of acquiring it. It often requires a complete overhaul of right-hand movement that takes years of diligent, monotonous toil to internalize. Having said this, many players seem to take to it rather quickly.

So much for the wrist motions that pick-style players commonly employ. In the following essays I will present the details of the two seemingly superior wrist motions, namely rotation and oscillation, as they are used in Gypsy Picking and the Benson Method, respectively.